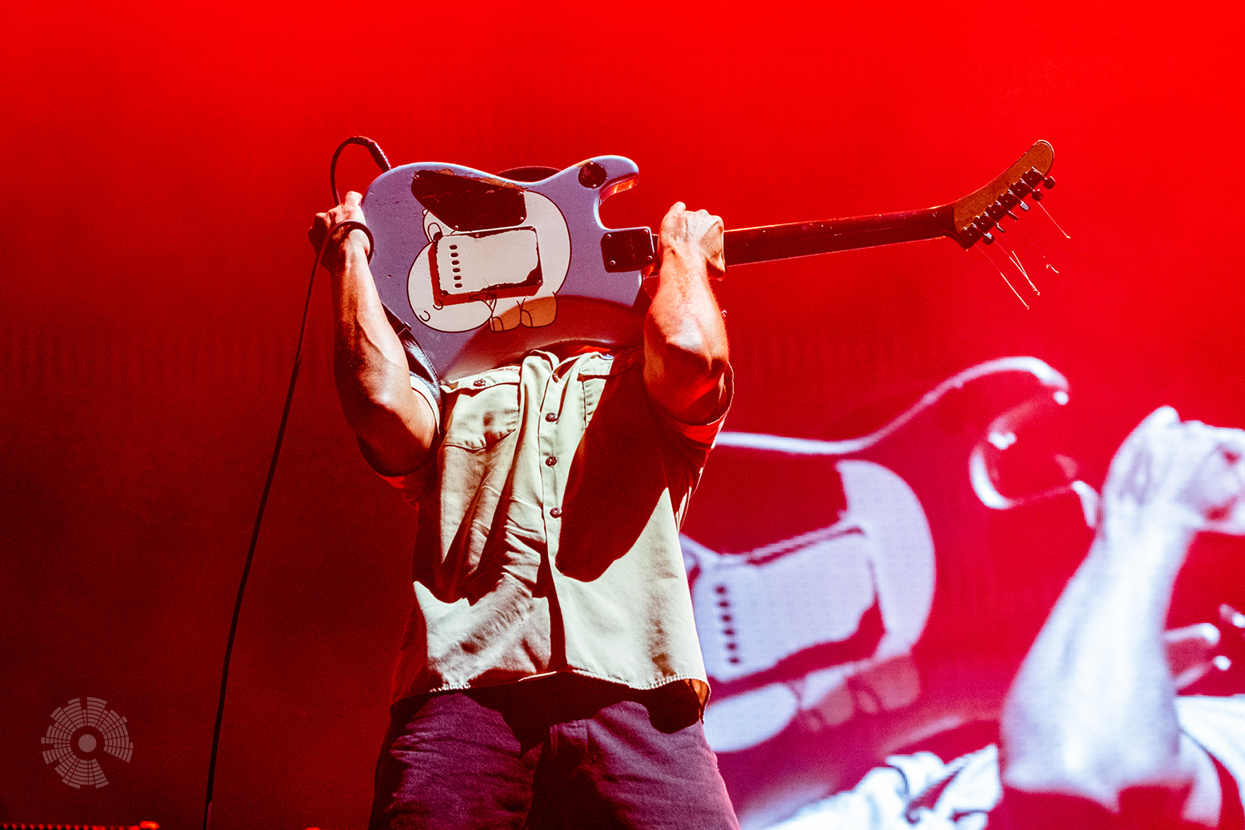 Back in 2020, the timing for a Rage Against The Machine reunion couldn’t have been more appropriate: after nine years away and ahead of a symbolic and high-stakes election, the Los Angeles quartet decided it was time to be back in front of the people once again to serve politically-charged catharsis en masse.

But of course, the pandemic offset Rage’s tour plans by not one, but two years, and even compared to 2020, the world is quite different than it once was. Luckily, attendees at Rage Against The Machine’s tour stop at Festival d’été de Québec in Québec City didn’t let the 11-year absence hinder an amazing time on Saturday evening (July 16th).

The festival itself is a true experience — rather than erect a typical three or four-day festival on one large plot of land within the city, Festival d’été de Québec feels more classic, with 12 days of music spanning multiple genres, two side stages adjacent to the province’s parliament, and a behemoth of a main stage situated on a hill-covered field, creating a natural amphitheater for tens and thousands of attendees.

It deserves to be noted that this festival — particularly Saturday, the day Rage Against The Machine played — was so jam-packed with people that it felt like this was the chief cultural event for anyone within a 100 mile radius of Québec City. And with fellow ’90s icons Alanis Morrissette and Garbage gracing the stage the night before Rage, people of all ages were flocking to these unforgettable shows.

Though this show was a bit different than many anticipated — mainly due to the fact that Rage frontman Zack de la Rocha injured his leg during the second stop of their reunion tour in Chicago — it was still a welcome return from the band. After being literally carried on stage, de la Rocha was seated front and center throughout the show, ever the enthusiastic vocalist, and though he couldn’t quite stomp around like Tom Morello and Tim Commerford could, he brought as much energy as possible.

If you’re still on the fence for attending one of the many dates of Rage Against The Machine’s reunion tour, here are five reasons to go (get tickets here).