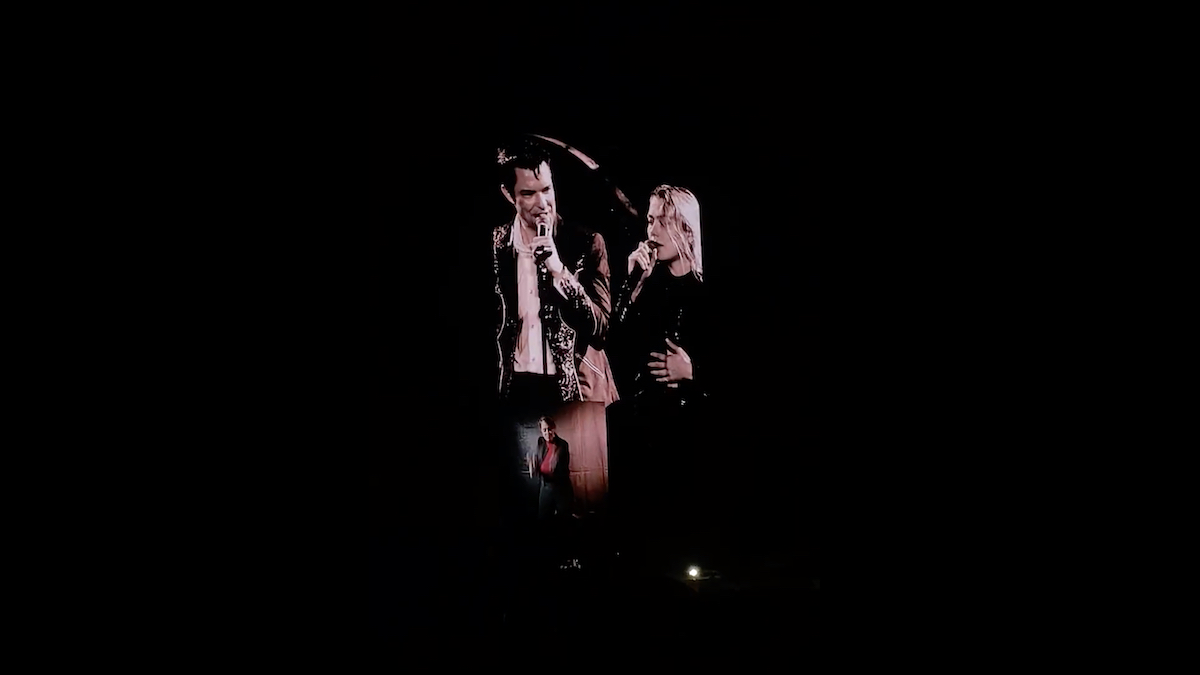 Phoebe Bridgers appeared on The Killers’ 2021 album Pressure Machine.  At the Colours Of Ostrava Festival in the Czech Republic on Tuesday, July 14th, the artists finally got a chance to perform their collaborative song “Runaway Horses” live for the first time. Watch the fan-captured footage below.

As a slow, acoustic number, “Runaway Horses” sounds much more like a Phoebe Bridgers song than an upbeat Killers anthem. Brandon Flowers waxes poetic about a small town girl who grows up and “puts away childish things,” while Bridgers’ voice adds the soft touch needed for ballad’s sentimental message. In the clip, the two singers — Flowers in a copper suit, Bridgers, of course, in a black one — stand out on the catwalk of the stage, crooning together as rain pours down, a fitting backdrop to the song.

Bridgers has collaborated with a ton of artists as of late as she hits the summer festival circuit. In June, she performed “Just Like Honey” with The Jesus & Mary Chain at Glastonbury, and earlier this month, she duetted “Bags” with Clairo at a show in Italy. The singer-songwriter’s “2022 Reunion Tour” continues through August, and remaining tickets are on sale now via Ticketmaster.

As for The Killers, the alternative rock veterans, who recently debuted a new song called “boy” during their set at Mad Cool Festival, will tour North America beginning next month. Tickets are available here.

Everyone should be watching this series ! — DJ Leandro