Taylor Hawkins’ Son Plays Drums for Cover of “My Hero” 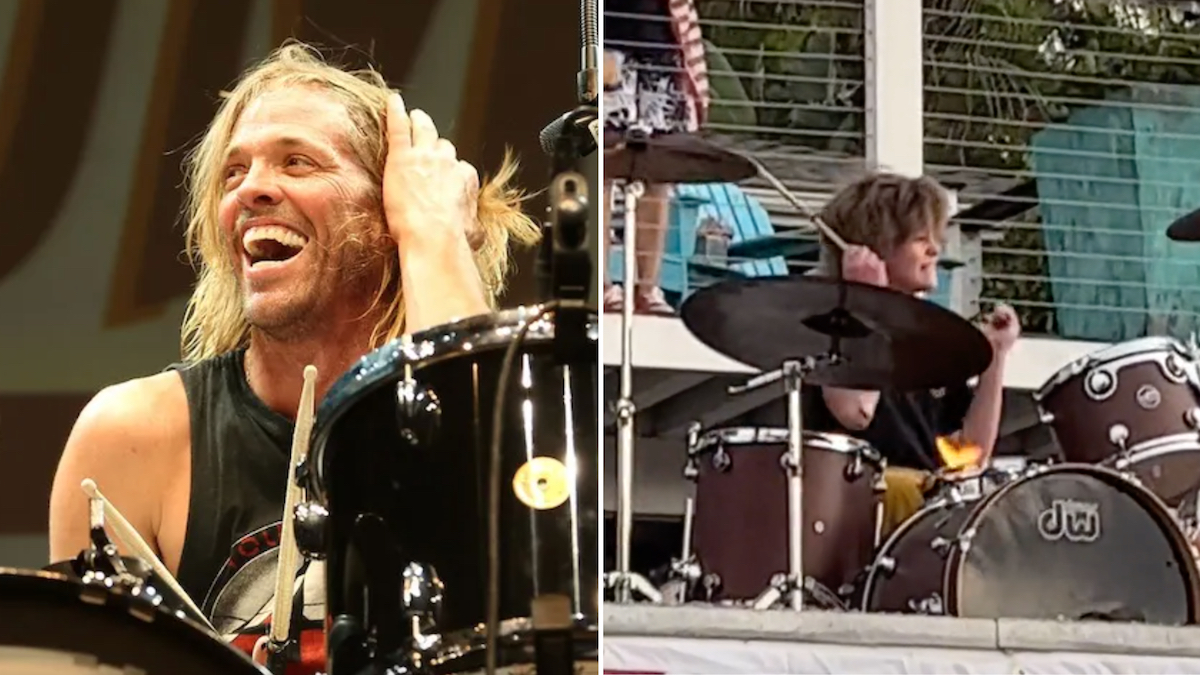 You’d be hard-pressed to come up with a better tribute to the late Taylor Hawkins  than with a cover of “My Hero.” Over the 4th of July holiday weekend, Shane Hawkins — son of the longtime Foo Fighters drummer — took a seat behind the kit at a Laguna Beach block party to perform the Foos’ 1997 hit.

In a heartwarming clip posted to TikTok, you can spot teenaged Shane on top of a neighborhood roof, sitting in with the local Laguna band The Alive. “When Taylor Hawkins’ son gets on the drums and dedicates the song ‘My Hero’ to his dad,” reads the caption. “The hawk would’ve been proud.” Even aside from his precise drumming skills, Shane clearly takes after his father, beaming with the same type of infectious energy that made Taylor so lovable — and, as the caption of a follow-up clip reads, there was “not a dry eye in the house.”

The Alive have close ties to the Hawkins family; As Variety points out, they’ve opened for Taylor’s cover band Chevy Metal, as well as for Foo Fighters in Chile just a week before Taylor’s untimely passing. And since the elder Hawkins grew up in Laguna Beach, the location of Shane’s tribute made it all the more powerful. Watch clips of Shane performing “My Hero” below.

Back in March, Taylor was found dead in his hotel room in Bogotá, Colombia, just hours before the band’s scheduled headlining performance at Festival Estéreo. He was 50 years old. His son is just one of many who’ve dedicated songs, written thoughtful words, or even gotten tattoos in his memory, including Paul McCartney, Stevie Nicks, Red Hot Chili Peppers, Rush, Liam Gallagher, Travis Barker, Miley Cyrus, and Alanis Morissette. With the blessing of the Hawkins family, the remaining Foo Fighters will also perform a handful of tribute concerts featuring special guests.

Replying to @evanamaral320 Not a dry eye in the crowd, such a touching tribute to his dad 🥲