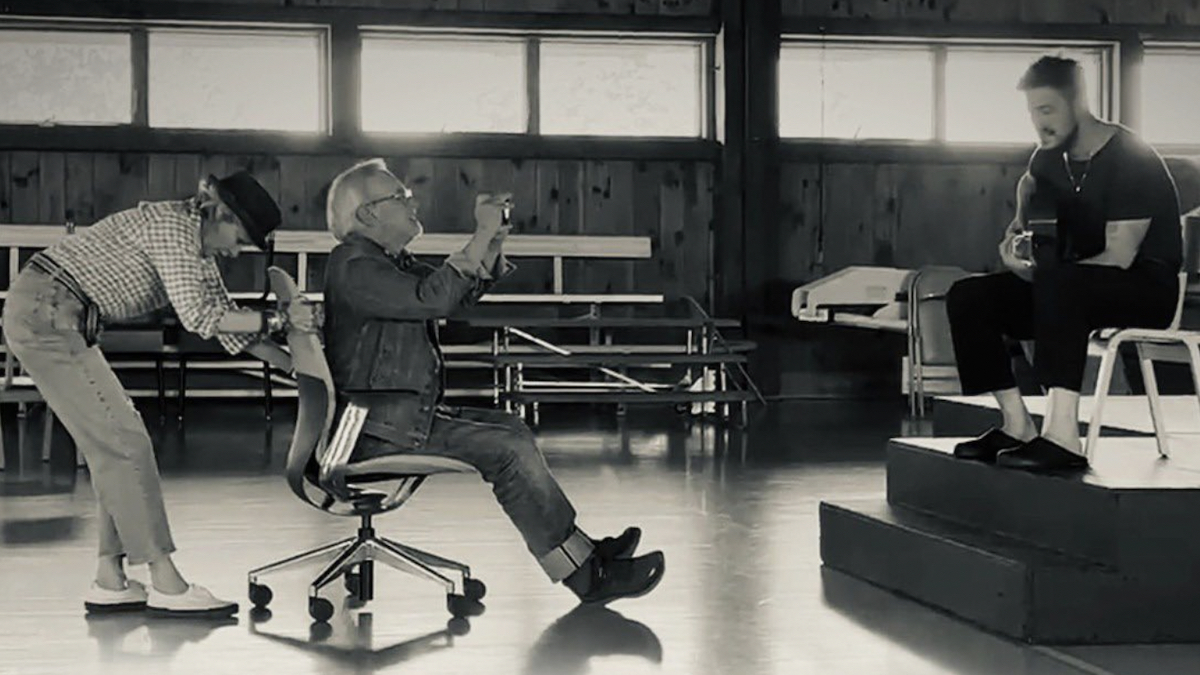 Marcus Mumford unveiled his first solo single, “Cannibal,” last week, but what he didn’t mention at the time was that the accompanying black-and-white visuals had been directed by none other than Steven Spielberg making his music video debut.

“On Sunday 3rd July in a high school gym in New York, Steven Spielberg directed his first music video, in one shot, on his phone,” Mumford wrote on social media. He added that Kate Capshaw, who starred as Willie Scott in Indiana Jones and the Temple of Doom and has played the role of Spielberg’s wife since 1991, served as “the almighty dolly grip.” Meanwhile, Mumford’s famous girlfriend Carey Mulligan worked as “Costumer/Sound.”

The video itself was filmed with Spielberg holding his phone as Capshaw rolled him backwards on a swivel chair. As the camera pulls farther and farther away, the desolate emptiness of the gym becomes clear. But at “Cannibal’s” cacophonous bridge, Capshaw suddenly sent Spielberg hurtling towards the stage, the better to get a close-up on Mumford’s guitar, his face, and his mournful wail of, “Tell me how/ To begin again!” Check out Spielberg and Mumford’s “Cannibal” video below.

His most recent album with Mumford & Sons was 2018’s Delta. Since then, banjoist Winston Marshall left the group, the better to devote himself full time to being an insufferable conservative blogger. Last November, Mumford assisted Bridgers on her cover of Tom Waits’ “Day After Tomorrow.”

In December, Spielberg released his most recent film, West Side Story. It earned him a nomination for Best Director, making him the first director nominated across six decades. This upcoming November 11th, Spielberg will unveil The Fabelmans, which reportedly includes David Lynch in a secret role.

On Sunday 3rd July in a high school gym in New York, Steven Spielberg directed his first music video, in one shot, on his phone. Kate Capshaw was the almighty dolly grip. pic.twitter.com/9KUvONG4u3

Performed by
Some Chancer Mug