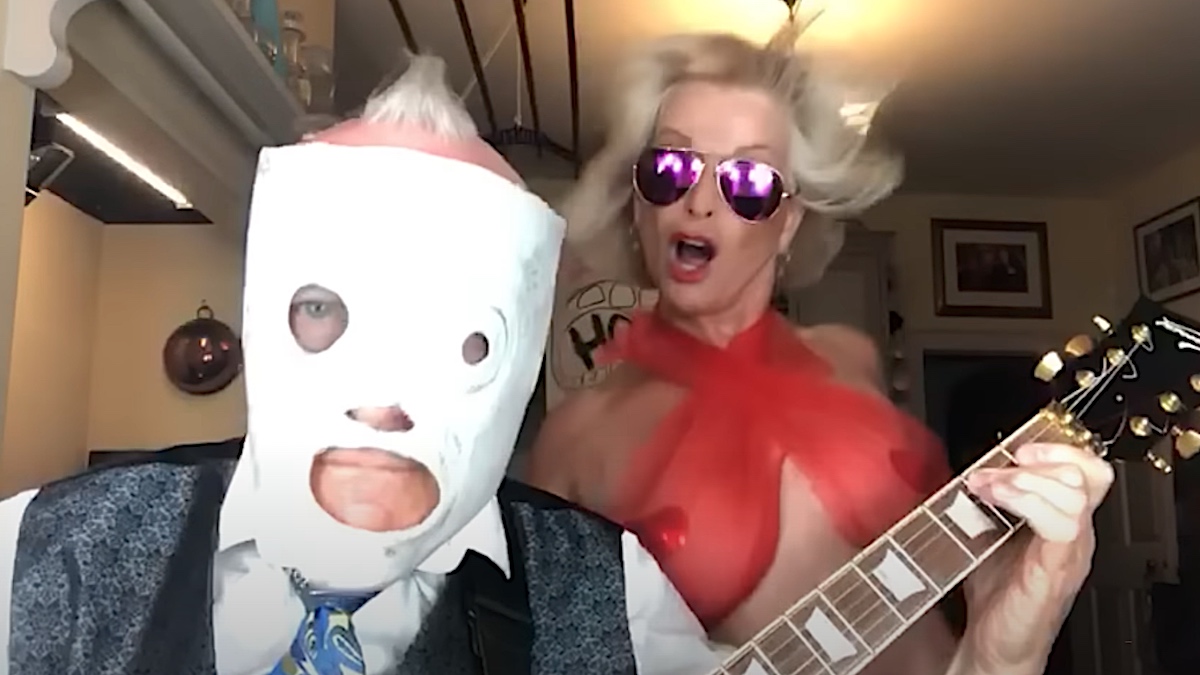 Who knew that Robert Fripp and Toyah Willcox were a couple of Maggots? For their latest “Sunday Lunch” performance, the King Crimson guitarist and his singer wife take on Slipknot’s “Psychosocial,” offering up quite the visual in doing so.

Maggots, for those not in the know, is the affectionate term for Slipknot fans, and it’s clear that Robert and Toyah have some love for the masked Iowa band. Robert is even wearing an era-appropriate Corey Taylor mask from Slipknot’s touring cycle for 2008’s All Hope Is Gone album, on which “Psychosocial” appears.

Toyah, of course, is wearing barely anything — a sheer red wrap over heart-shaped pasties. She enhances her performance by whipping out … a handheld blender!

For those pining to see Robert and Toyah perform together in person, the couple recently announced that they would be embarking on a “Sunday Lunch” tour in 2023, although no dates or cities have been revealed yet. In the meantime, Fripp will be hitting the road in September for a North American speaking tour with his producer and manager, David Singleton, with tickets available here.

Meanwhile, fans who want to see the real Slipknot in action can catch the band on the upcoming fall North American leg of their “Knotfest Roadshow” tour. Pick up tickets via Ticketmaster.

Watch Robert and Toyah perform Slipknot’s “Psychosocial” in the video below.

The DJ…Sessions on the Kraken Afterparty Sessions 1/23/22