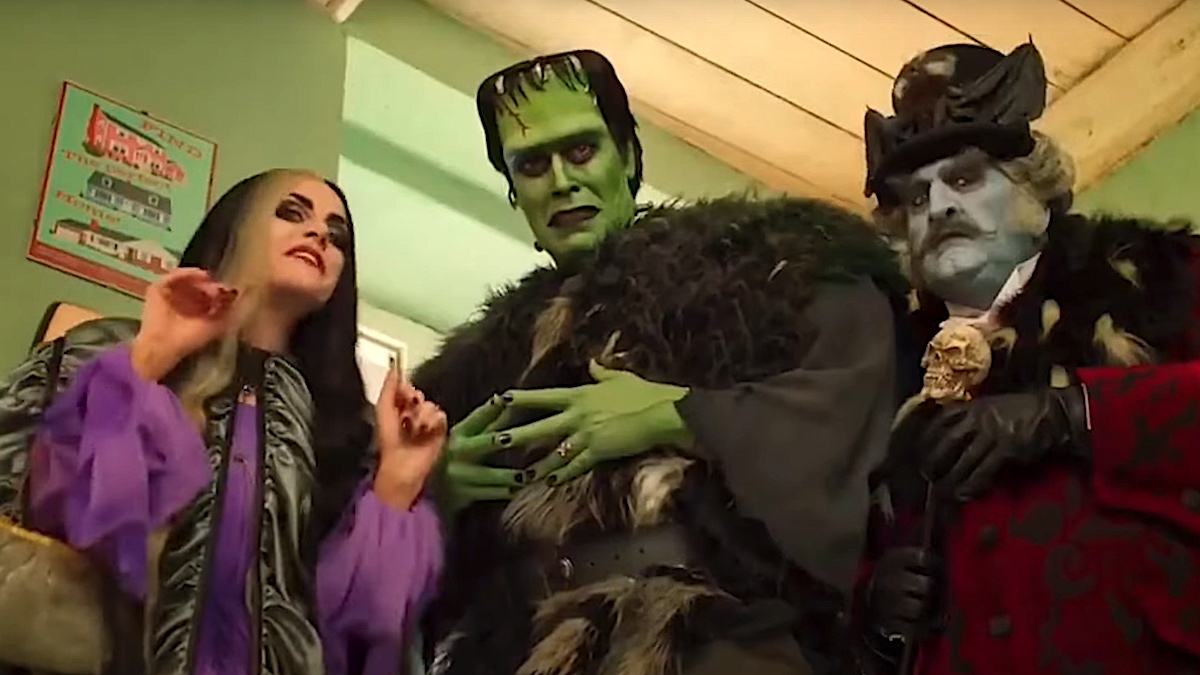 Rob Zombie has unveiled the first full trailer for his upcoming movie adaptation of The Munsters, revealing the film as a comedic love story between main characters Lily and Herman Munster. The preview also discloses that the movie will arrive in September.

The beginning of the trailer fools the viewer into thinking that Zombie’s version of the ’60s sitcom may be gory, as it features spooky music and shows a cemetery while listing the rocker-director’s past movies like House of 1000 Corpses, Halloween, and The Devil’s Rejects. However, we quickly see that it’s a PG-rated family-friendly adaptation that’s true to the original sitcom, as Zombie himself pointed out a few months ago.

In fact, Zombie’s take on The Munsters is billed as “The Greatest Love Story Every Told” early on in the trailer. From there, we see the relationship between Lily (Sheri Moon Zombie) and Herman (Jeff Daniel Phillips) develop. Grandpa (Daniel Roebuck) and other characters are also seen throughout the preview.

The very ending of the trailer unveils a September 2022 release date via Universal Pictures, which means the movie will be out in just a couple of months. The full preview follows a brief teaser trailer that dropped last month and essentially recreated the opening sequence of the original TV show.

Zombie recently wrapped up production on The Munsters in Budapest, Hungary. He returned to the States, where he is set to kick off a co-headlining US tour with Mudvayne on July 20th, with tickets available via Ticketmaster.

Watch the first full trailer for Rob Zombie’s film adaptation of The Munsters below.