The Pitch: There’s something to be said for a nice old-fashioned action movie, with clear good guys and bad guys and a cute kid and no superpowers beyond the hero’s ability to make a weapon out of anything. Throw in a bunch of movie stars and some beautiful European locations, and by every metric the almighty algorithm might have at its disposal, a film like The Gray Man should be a slam-dunk fun time.

Which is why it’s such a bummer to say that Joe and Anthony Russo’s Netflix original film (its most expensive to date) simply falls flat, despite the best efforts of Ryan Gosling and the rest of the all-star cast. While The Gray Man does its best to hit all the benchmarks we look for in conspiracy thrillers like this, it perhaps does it too well, resulting in a final product that’s glib in its storytelling and not nearly as entertaining as it wants to be.

Stop Me If You’ve Heard This One Before: The Gray Man of the title is known primarily as “Six” (Ryan Gosling), who was recruited out of prison as a young man by CIA officer Donald Fitzroy (Billy Bob Thornton) to work indefinitely doing the kind of dirty work the American government will always deny bankrolling. However (bet you can guess where this next sentence is going to go), when a job goes wrong and some dangerous information falls into his possession, Six becomes the target of his own government, with private contractor/sociopath Lloyd Hansen (Chris Evans) tasked with the job of tracking him down.

It’s a set-up we’ve definitely seen in the past, but while other films have found unique variations on such a premise, The Gray Man is a pretty unrelenting series of plot cliches throughout. Romance novels get a lot of crap for being predictable in their plotting, but you don’t read romance novels for the twists. You want twists, you watch a movie like this… but in the case of this specific movie, all that awaits you is disappointment. There’s an argument to be made that a movie as thoroughly predictable as this serves almost as comfort viewing. But that’s only if you don’t find it frustrating, to accurately predict what’s about to happen next several moments before it occurs.

Disassembled: The career of Joe and Anthony Russo has been a fascinating one to track over the years, as when the brothers were starting off as the Emmy-winning directors of 2000s-era comedies like Arrested Development, Happy Endings, and Community, you probably would never have guessed that they’d go onto direct one of the highest-grossing blockbusters of all time.

But it was actually in part their work on Community — perhaps specifically the two-part paintball extravaganza “For a Few Paintballs More” and “A Fistful of Paintballs” — which led them to the Marvel Cinematic Universe, making them two of the most bankable directors working today after successfully sticking the landing of an eleven-year cinematic arc with Avengers: Endgame.

The MCU action scenes directed by the Russos weren’t all universally successful, but you could always generally follow what was going on. Meanwhile, as theoretically exciting as The Gray Man‘s nine action set pieces might be, they aren’t much fun to watch, because of the effort involved in trying to understand what’s going on. It should not be such hard work to determine what is happening in a car chase or fist fight, and yet between the reliance on hyperkinetic drone shots and incoherent editing, it’s consistently difficult to get even a basic sense of the geography of each scene. 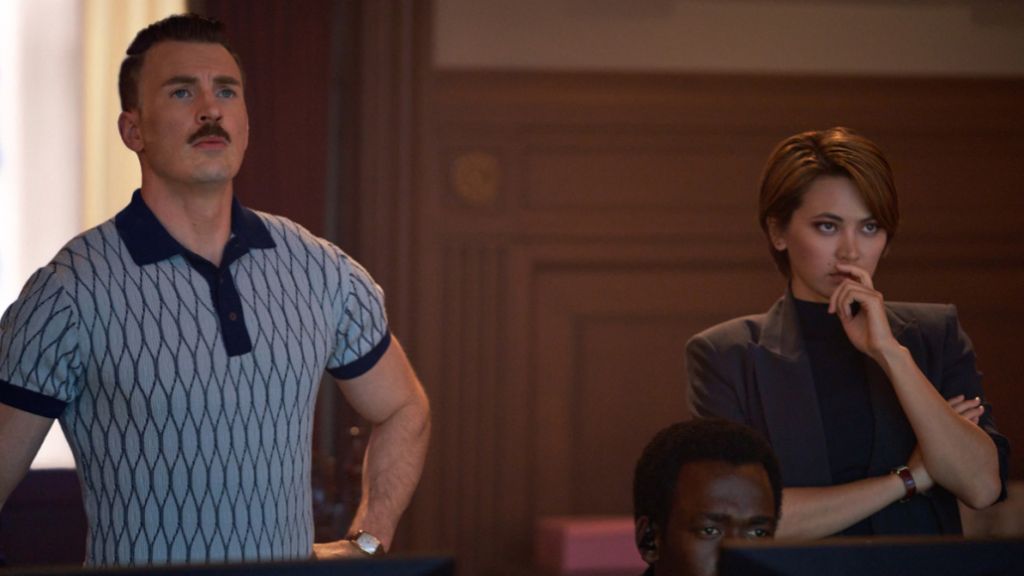