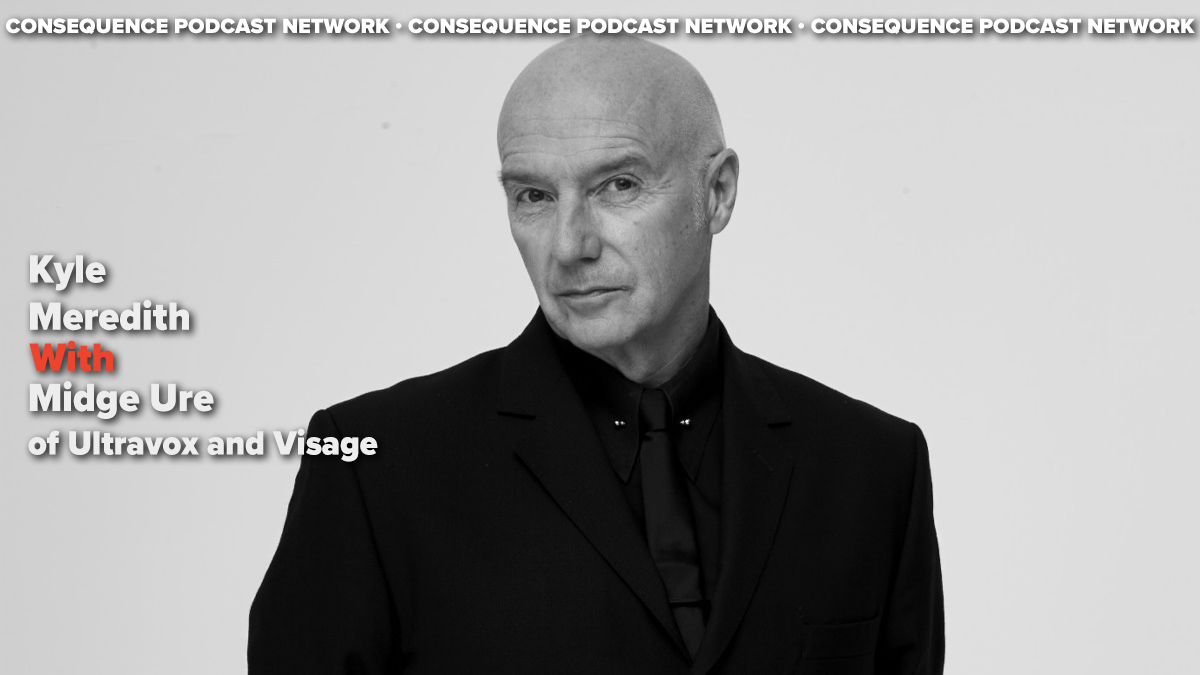 Midge Ure chats with Kyle Meredith about his current tour with Howard Jones and his next musical projects.

The Ultravox and Visage frontman touches on how the last time he and Jones toured together in 1989, Ure had the fresh hit “Dear God” of the album Answers to Nothing. That album also features a duet with Kate Bush, “Sister and Brother,” which Ure recalls while considering Kate Bush’s genius and current success with “Running Up That Hill.”

We also get to hear about Ure performing his cover of “The Man Who Sold the World” live for the first time, as well as his recent collaboration with Band Electronica and its ties to Kraftwerk and Peter Hook. He also teases  three albums that he has on the way, including another solo album, an orchestral collection, and an instrumental LP.

Listen to Midge Ure chat about his current tour, Kate Bush, new projects, and more above, or watch the interview via the YouTube player below. Make sure to like, review, and subscribe to Kyle Meredith With… as well, and you can also follow the Consequence Podcast Network for updates on all our shows.