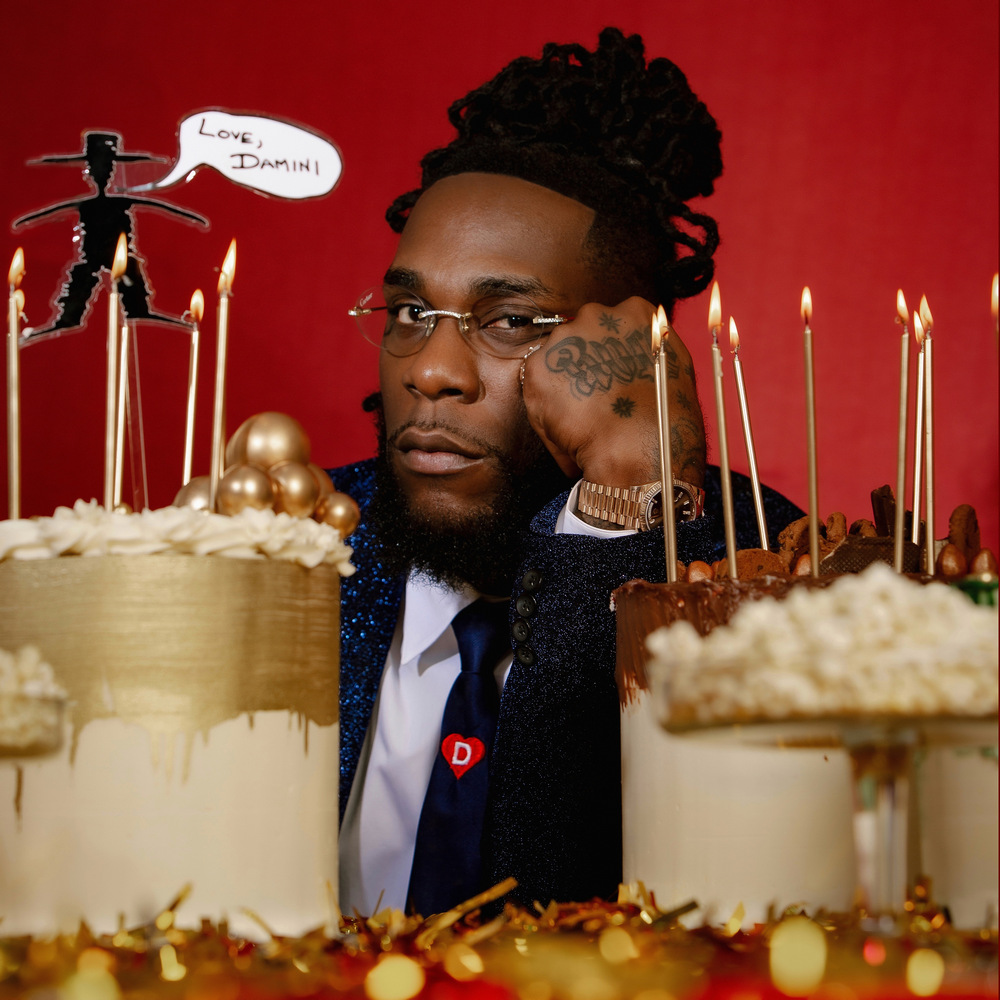 Birthdays are weird funhouse mirrors. Depending on the person, or sometimes the time of day, the reflection looking back at them can either elate or petrify. And, in some cases, there’s a spooky clown staring back with dead eyes and a big red nose. Having just turned 31 on July 2nd, Burna Boy has released his sixth album, Love, Damini; as the follow-up to Twice as Tall (the biggest album of his career), it carries heavy expectations.

In a Billboard interview leading up to the release, Burna said turning 31 without any kids means things are “going good and going bad” all at once. “You reflect and then get as lit as possible. Then you sleep and wake up and reflect again,” he explained. “I’m reflecting on everything.” So, to recap, Love, Damini not only has massive expectations because of its predecessor, but also crystalizes a significant milestone in Burna’s life as a human, let alone as an artist. No pressure, right?

Luckily for Burna Boy, Love, Damini delivers like an 80-pound baby. The Afrobeats album gets into the soul with Burna’s typical flair, but the insights are deeper. Burna wrestles with his desires, sins, triumphs, and treasures while entering the next phase of his life. And like most dope things in life, it starts with an African hymn. On the opening track “Glory,” the beautiful voices of the South African choral group Ladysmith Black Mambazo repeatedly chant, “This is my story,” segueing into the very European Happy Birthday song, which most of us know by heart.

Blending African traditions and music with European sensibilities is a metaphor for the album. Most notably, on the Ed Sheeran-assisted “For My Hand,” Burna brings Ed into his world rather than the other way around. The two craft a love song centered around universal truths about emotions and relationships like faithfulness, tenderness, vulnerability, and acceptance. Simple lines like “Take me as I am” are made up of five relatable words, but carry a lot more weight as our internal odometers turn.

Burna’s newfound wisdom shows up multiple times on the album, though not all as it relates to romance. The album’s title track finds him singing acapella mostly about regrets with lyrics like, “Things that I hardly say/ How you been momma, how’s your day/ I should talk to my granddaddy more before it’s too late/ Listen more to things that Ronnie says.” The pain is palpable as he belts about dead friends and relatives who never got his final goodbyes.