Judas Priest began the ’80s with a bang by unleashing the all-time metal classic British Steel in 1980 — an LP that spawned the anthems “Living After Midnight,” “Breaking the Law,” and “Metal Gods.” So when it came to a follow-up, why not figure they would take it to the next level? Turns out, 1981’s Point of Entry was a surprisingly unfocused effort (especially when compared to its predecessor). But Priest — singer Rob Halford, guitarists Glenn Tipton and KK Downing, bassist Ian Hill, and drummer Dave Holland — more than made up for the fumble with their eighth studio effort, 1982’s Screaming for Vengeance.

Recorded from January through May of ’82 (with Tom Allom once again handling production duties), two studios were utilized — Ibiza Sound Studios in Ibiza, Spain, and Beejay Studios in Miami, Florida. When asked about the Vengeance sessions today, Tipton recalls: “In Spain, we did drink heavily, and there wasn’t much work done. Also, we found out when we came back to listen to the tapes, a lot of it was not usable, so we had to go to Miami to finish it. And even then, we recorded in some strange places. We recorded in a warehouse and did our own soundproofing. One thing it does is it gives the album a unique sound. I remember some of Florida… but I don’t remember much of Ibiza, unfortunately.”

Despite the hurdles, Vengeance (which featured snazzy album cover art of a speedy electro-hawk by Doug Johnson) proved to be an incredibly consistent listen, with the band sounding inspired and focused — starting off with Priest’s greatest one-two punch album-opener, an instrumental entitled “The Hellion” that goes directly into “Electric Eye.”

“It’s just a melody that came into our brains and we put multi guitars on it and some big chords,” said Tipton of “The Hellion.” “And it was written for an intro. I think it serves its purpose very well. It’s very dramatic and creates anticipation — you know something big is going to come to follow that. That was the idea in doing that.”

The 100% ballad-free album rocks from beginning to end, including headbanging tracks that would be performed on the album’s ensuing tour (“Riding on the Wind,” the underrated “Bloodstone,” “Devil’s Child”), tunes that seem to have been forgotten over time (“[Take These] Chains,” “Pain and Pleasure,” “Fever”), as well as a pair that, like “The Hellion/Electric Eye,” have gone down as all-time metal classics.

The first of these archetypal tunes was the title track, which kicked off side two of the vinyl/cassette version. It is undoubtedly the heaviest and most ferocious track on the entire album. And right after, one of Priest’s best-known tunes of their entire career, “You’ve Got Another Thing Comin’.” In 2020, Halford explained the lyrical message behind “YGATC” to Songfacts.

“Just this attitude that we’ve always had in Priest,” he said. “And I dare say, we’ve always had in our personal way of dealing with issues that are sent to challenge us. ‘One life, I’m going to live it up… If you think I’ll sit around as the world goes by, you’re thinking like a fool.’ All this kind of stuff… ‘You’ve Got Another Thing Comin’.’’ It’s also wrapped up in the heavy metal community culture of the way we support each other with our metal. It’s very much a song of hope and rising above the issues or difficulties that come your way. It’s a song of resilience, as well.”

But what really put the song over the top was its video, placed in heavy rotation by the then-still-newly-launched MTV.

“I remember doing the video for ‘You’ve Got Another Thing Comin’’ at Battersea dogs home… but it’s not a dog home anymore,” recalled Tipton. “It was the Battersea Power Station [which is also where the cover image for Pink Floyd’s Animals was shot]. I remember that night, because we worked all through the night — and drunk a few beers while we did it! There are a few funny moments. If you take time to look, you can see we are drinking to stay alive.”

Released on July 17th, 1982, Screaming for Vengeance would turn out to be the album that finally broke the band in the US — peaking at No. 17 on the Billboard Album Chart and eventually earning double platinum certification (while reaching No. 11 in their homeland of the UK). Additionally, Priest found themselves as one of the top concert attractions in all of metal — as evidenced by their first-ever headlining performance at New York’s prestigious Madison Square Garden on October 2nd (with Iron Maiden opening!) and taking part in the mammoth US Festival on May 29, 1983 (on a bill also featuring headliners Van Halen, plus Scorpions, Triumph, Ozzy Osbourne, Mötley Crüe, and Quiet Riot) in San Bernardino.

“It wasn’t an easy album to do, but in the end, it came out as one of the most successful albums,” remembered Tipton. And thanks to several other now-classic releases also issued that year (Iron Maiden’s The Number of the Beast, Scorpions’ Blackout, Van Halen’s Diver Down, etc.), metal’s popularity was further cemented worldwide.

So taking everything into consideration, it would be quite understandable to declare Screaming for Vengeance as Priest’s best album. However, Tipton doesn’t feel it is such a clear-cut case.

“Not really. It’s close,” he said. “But I have to say there are a few landmark albums — like Sad Wings of Destiny; Sin After Sin in its own way was a unique album. Screaming for Vengeance definitely; British Steel. Even up to the current day, there’s been stepping stones where the band has touched on a slightly different style. And we’ve always been a band that was willing to experiment. I couldn’t give just one album to say — there were three or our four stepping stones where we changed direction slightly. But I think those are the most important: Sad Wings of Destiny, Sin After Sin, and Screaming for Vengeance… up to the current day. I think that’s the right answer, really.”

Lastly, Priest’s longest-tenured guitarist unveiled the secret behind creating a bona fide metal classic: “It was a great deal of fun. And that’s what it’s all about, really — you’ve got to have fun. Writing and performing shouldn’t be a chore. It should just be a lot of fun.” 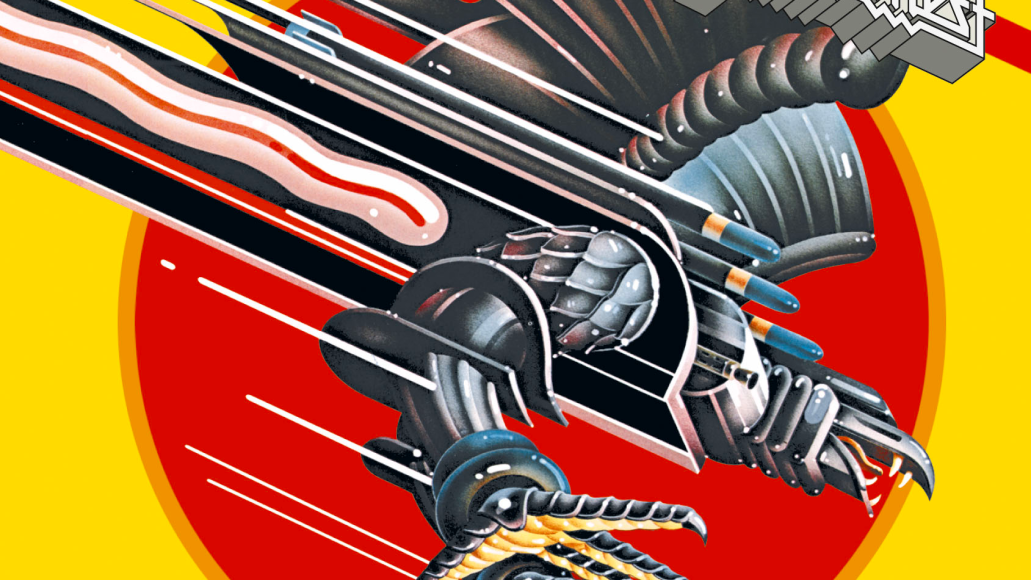