How to Get Tickets to Alemán’s 2022 Tour


Alemán has revealed a new US tour with tickets going up for grabs just 24 hours after the announcement. The Mexican rapper’s “TOUR USA 2022” is rapidly approaching with the 16-city run starting in September.

Get tickets here, and read on for more details including on-sale dates.

What Is Alemán’s Next Tour?

“TOUR USA 2022” kicks off at New York’s Gramercy Theatre on September 3rd and spends the first week in Philadelphia, Charlotte, and Atlanta. Alemán then takes over Texas for four nights between Houston, Dallas, San Antonio, and El Paso. He plays Los Angeles on September 15th and Anaheim on September 16th followed by shows in San Diego, San Jose, Sacramento, and Las Vegas. After a stop in Denver, the tour wraps in Chicago on September 28th.

Who Is Opening for Alemán on Tour?

Alemán will be surrounded by talent on his US tour with special performances by La Banda Bastön, La Plebada, Fntxy, Yoga Fire, Dee, Phul King Fu, and Cozy Cuz.

Get tickets via Ticketmaster.

See Alemán’s full list of tour dates below, and get tickets to all of his upcoming shows here. 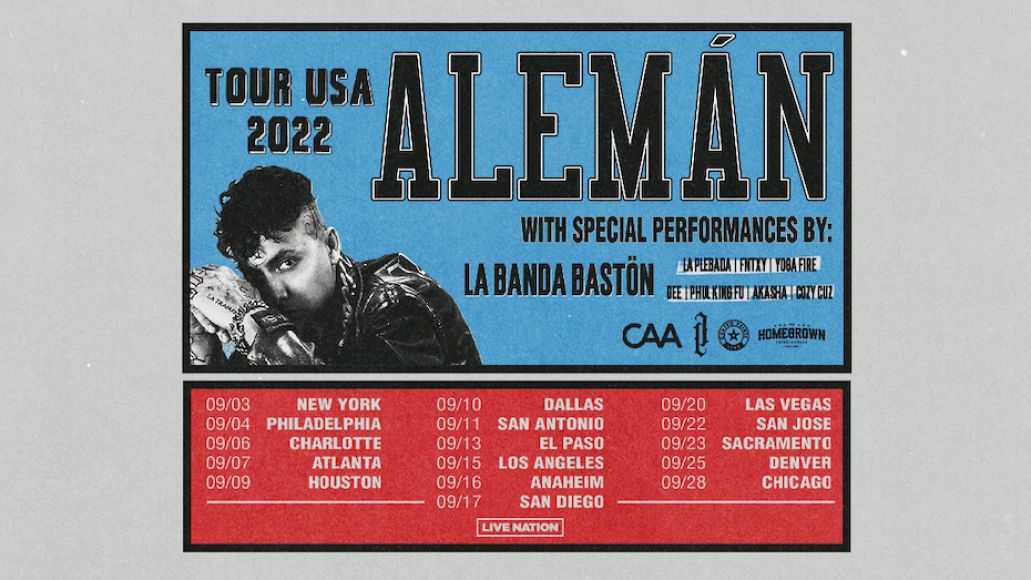 Where To Find your Instagram Drafts on an Android Device