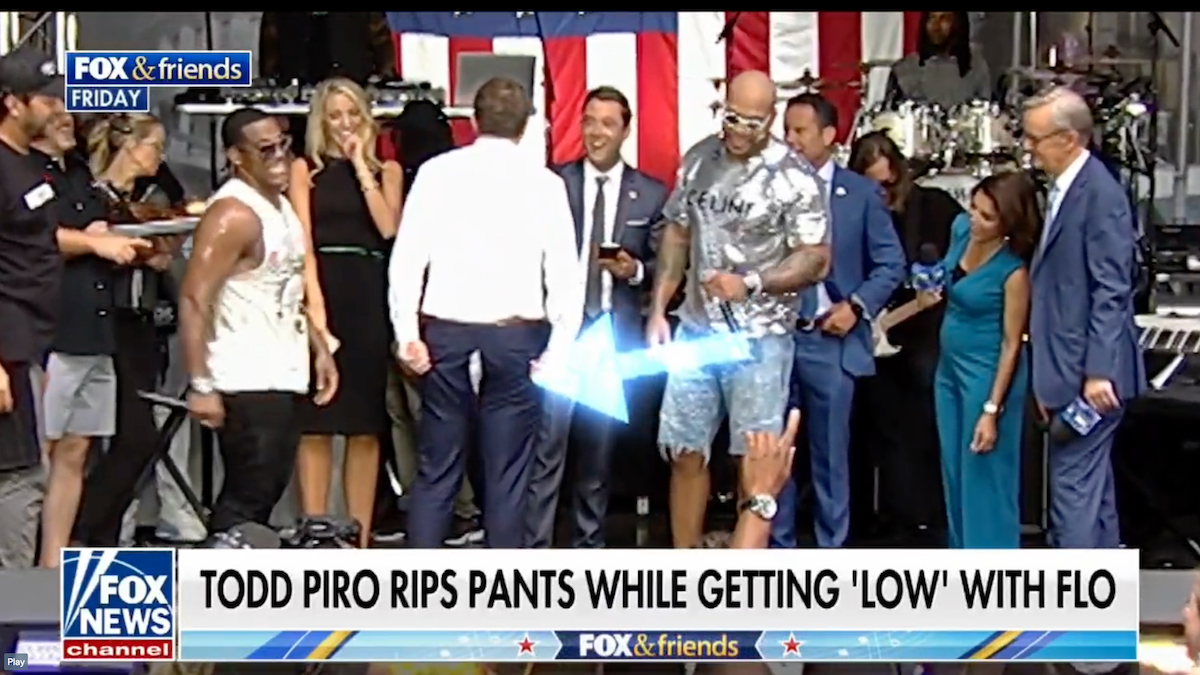 If one dares to go low, one must be prepared to face the potential consequences. As if the fact that Flo Rida played an event organized by Fox News wasn’t enough of a headscratcher, last weekend’s Fox & Friends Concert was made all the more memorable by correspondent Todd Piro ripping his pants during a futile attempt to bust a move on stage.

Naturally, the spectacle occurred as Flo Rida mumbled his way through his 2007 hit “Low.” The rapper was joined onstage by Piro and a cast of other rather forgettable Fox News hosts, culminating in one strange affair that feels like a fever dream. After enthusiastically dropping it low himself, Piro exclaims as he immediately becomes aware of the fashion faux pas.

Once the song ends, Piro owns up to the predicament: “I got too low with Flo Rida and split my pants,” he tells the audience, revealing one very large tear straight down the crack. Watch it all go down below.

While Flo Rida hasn’t done much to write home about lately, Fox News continues to be a hotbed of potential Onion headlines, including but not limited to: Tucker Carlson wanting to fuck an M&M, Laura Ingraham indicating that she’s even worse at parties than we thought, and Candace Owens throwing a hissy fit because Minnie Mouse wanted to wear a new outfit.

How To Fix Instagram Stories That Are Zoomed In