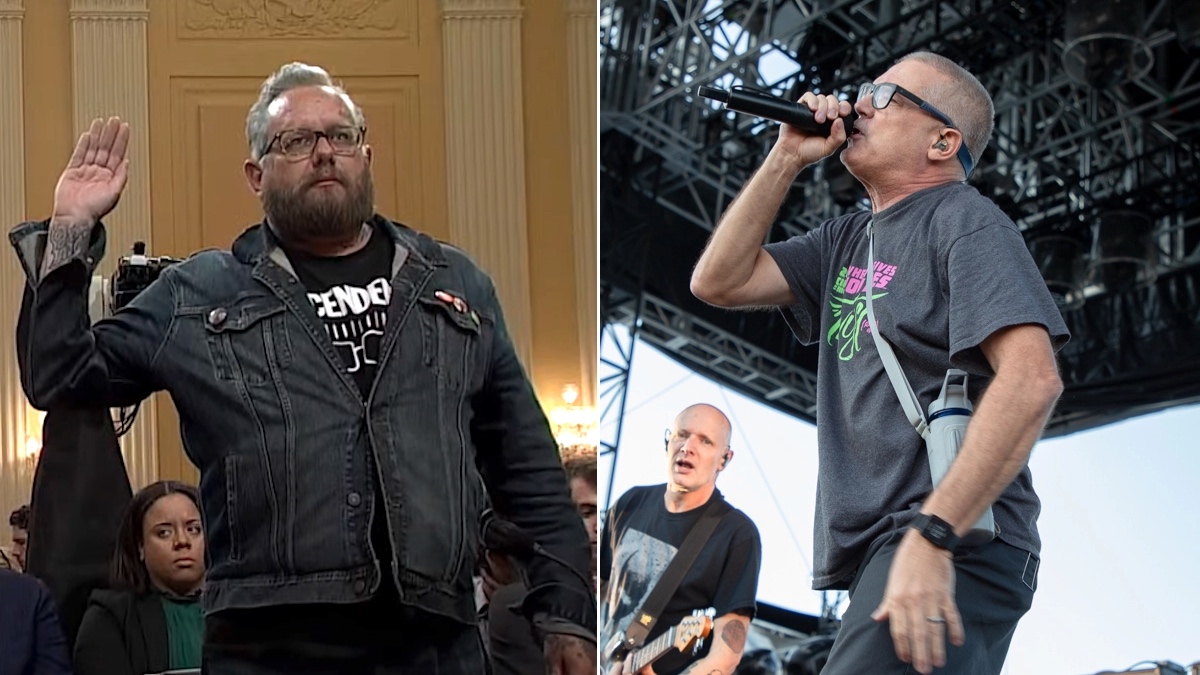 Legendary punk act Descendents got some publicity they didn’t bargain for when a former spokesperson for the Oath Keepers wore the band’s iconic shirt to a January 6th committee hearing on Tuesday (July 12th). The band subsequently disavowed the extremist group in a social media post.

Jason Van Tatenhove once served as the national spokesperson for the Oath Keepers but disassociated himself from the group long before the January 6th attack on the US Capitol in 2021. As Yahoo! News reports, he was essentially testifying against the Oath Keepers on Tuesday, telling the committee, “We’ve gotten exceedingly lucky that more bloodshed did not happen, because the potential has been there from the start.”

Van Tatenhove added, “They may not like to call themselves a militia, but they are, they’re a violent militia. The best illustration for what the Oath Keepers are happened January 6th, when we saw that stacked military formation going up the stairs of our Capitol. I saw radicalization … as the member base and who it was that [Oath Keepers founder] Stewart Rhodes was courting drifted further and further white, into the alt-right, into white nationalists and even straight-up racists.”

He continued, “In my opinion, the Oath Keepers are a very dangerous organization.”

Van Tatenhove also warned against electing Donald Trump as president again, should he run in 2024, saying, “A president who’s willing to try to instill … a civil war amongst his followers … What else is he going to do if he gets elected again?”

Nevertheless, Van Tatenhove’s one-time association with the Oath Keepers didn’t do Descendents any favors when he walked into the hearing at the Capitol wearing a denim jacket and a black T-shirt with the band’s name and its famous “Milo” logo.

On Twitter, Descendents issued the following statement: “We completely disavow groups like the Oath Keepers and in no way condone their hateful ideology.”

It’s not the first time the Oath Keepers have crossed paths with a prominent music act. Jon Schaffer, guitarist for veteran metal act Iced Earth, is an Oath Keeper who was directly involved in the attack on the Capitol. Last year, he pleaded guilty to multiple charges stemming from his role in storming the government building, and is facing 3.5 to 4.5 years in prison.

On the music front, Descendents have a smattering of US dates coming up beginning in late August with a couple of gigs alongside the Circle Jerks. Pick up tickets to Descendents’ upcoming shows here.

See Jason Van Tatenhove deliver his testimony below, followed by Descendents’ statement on the matter.

‘A president who’s willing to try to instill … a civil war amongst his followers … What else is he going to do if he gets elected again?’

Former Oath Keeper Jason Van Tatenhove shared his concerns over future elections if those involved in Jan 6 are not held accountable. pic.twitter.com/w85YzKdfmd

We completely disavow groups like the Oath Keepers and in no way condone their hateful ideology.