Guests will have the choice of staying at either the Hard Rock Hotel or the adults-only Barceló Maya Riviera Resort for the all-inclusive destination festival. Packages offer guests such perks as unlimited drinks and access to spas and fitness centers, while those who choose to stay at the Barceló Maya Riviera Resort will have access to complimentary door-to-door shuttle service to Hard Rock to catch performances at the Main Stage.

Before Girls Just Wanna Weekend, Carlile will tour the US throughout 2022, including dates with Brittany Howard, Indigo Girls, and some of her Girls Just Wanna guests. Tickets to those dates are on sale now via Ticketmaster.

Carlile’s last album was 2021’s In These Silent Days, which earned the singer-songwriter five Grammy nominations and a spot on Barack Obama’s list of his favorite songs of the year. 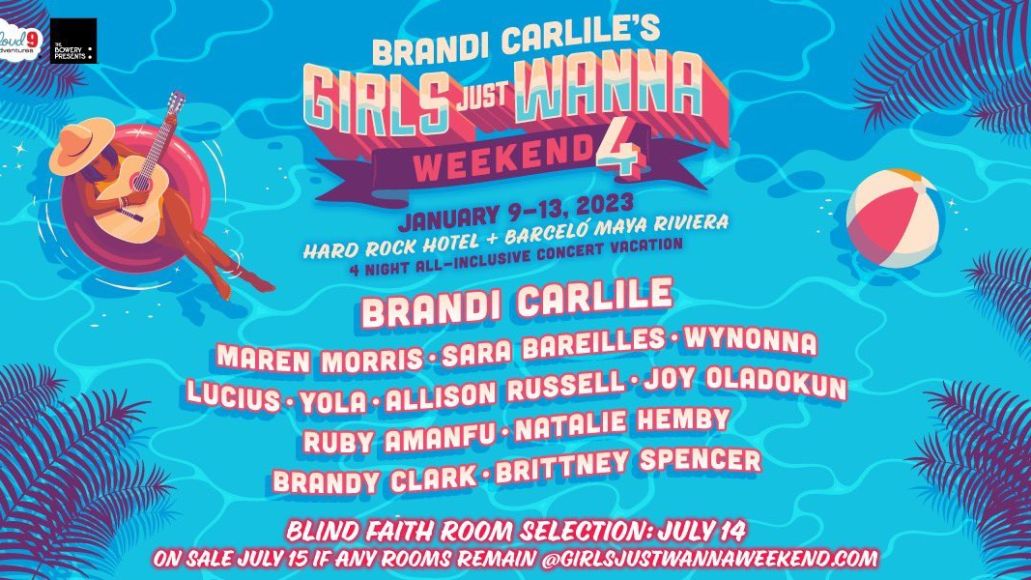