After tonight, the number of remaining Better Call Saul episodes can be counted on one hand, and “Point and Shoot” does an exquisite job of making clear why that is so simultaneously exciting and sad. While it’s yet to be seen if one of TV’s great artistic achievements will fully stick the landing, the beginning of the show’s final run of new episodes packs an entire season’s worth of stress into its slightly extended runtime, while also continuing to deliver the kind of nuanced, character-driven moments which make the show so unforgettable.

It’s a pretty remarkable achievement given the nature of the series, which jumps back and forth occasionally in its timeline but for the bulk of this season has remained pretty firmly a prequel for Breaking Bad. In recent years, prequels have been an increasingly popular way for major franchises like Harry Potter and Star Wars to continue expanding the scope of their storytelling universes. But what’s been revealed by these projects, most recently with Disney+’s Obi-Wan Kenobi, is that it can be incredibly difficult to build tension within these series, because the fates of so many characters are already pre-determined — hard to get scared about what will happen to 10-year-old Luke Skywalker when we know he’s got a lot more life to live in a galaxy far far away.

Better Call Saul could have fallen into similar traps over the course of its run. In fact, there was skepticism early on as to whether the show could sustain interest in the story of how a small-time lawyer named Jimmy McGill (Bob Odenkirk) could become Albuquerque’s pre-eminent criminal lawyer. But it’s episodes like “Point and Shoot” which reveal how to do a prequel just right.

“Point and Shoot” is such an evocative title, almost as chilling as the episode title which came before it. Episode 7, “Plan and Execution,” ended with Kim (Rhea Seehorn) and Jimmy’s plan to tear down Howard Hamlin’s (Patrick Fabian) reputation succeeding… as well as Lalo’s (Tony Dalton) casual execution of Howard in front of Kim and Jimmy — the true beginning of the end for the series.

Naturally, Episode 8 picks up right afterwards, though not before a typically mysterious cold open that also serves as the embodiment of Don Draper’s failed Sheraton Hawaii pitch — though, by the end of that slow pan away from the beautiful blue ocean, it’s clear that we’re looking at the evidence of Howard Hamlin’s staged suicide. But to get there, it’s an intense cat-and-mouse game — or cat versus cat? Whatever you call it when two incredibly clever and ruthless men face off at last. 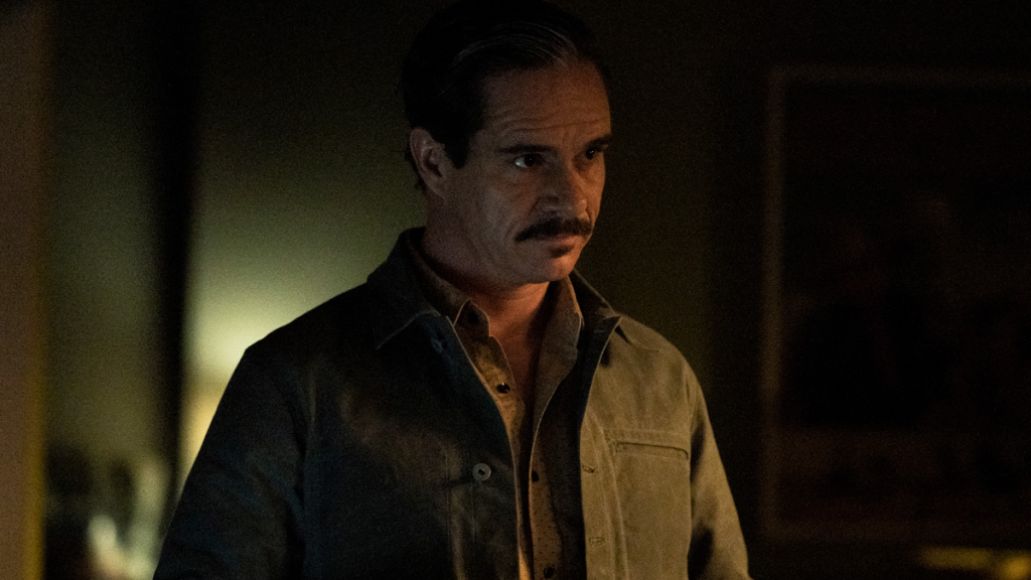