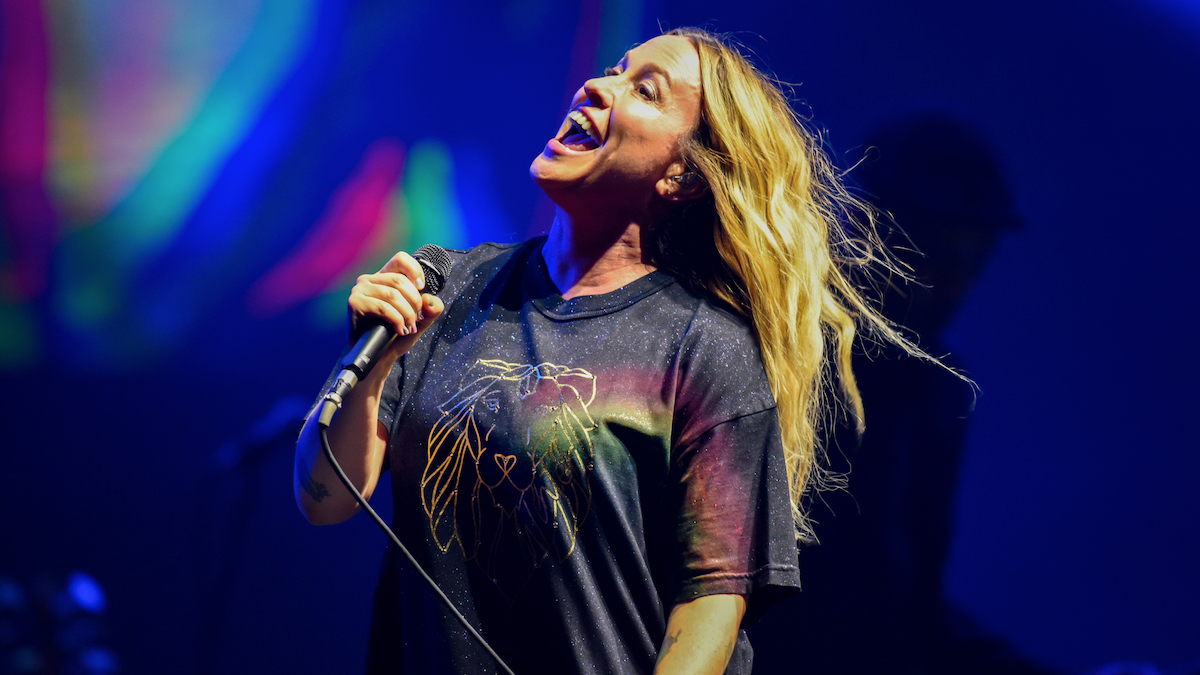 Like so many other highly anticipated world tours, Canadian singer-songwriter Alanis Morissette had to wait an extra two years to finally mark 25 Years of Jagged Little Pill — or if we’re being pedantic, 27 years. After kicking things off in Europe, the Ottawa native began the North American leg of the tour in her hometown on July 10th before performing at Montreal’s Bell Centre two days later. (Get tickets to the rest of her upcoming dates here!)

Although the night started with harmonica blazing to album opener “All I Really Want,” the rest of the evening in Montreal didn’t flow exactly as the Jagged Little Pill recording. The 48-year-old, with the same athletic stage-hopping zeal from her youth, played the entire album mostly out of order, with a few other hits such as “Uninvited” and “Thank U” saved for the encore and brief snippets of latter-day tracks interspersed throughout.

The night began with a video retrospective that captured the Jagged Little Pill zeitgeist: from late night appearances and self-deprecating sketches to her cameo as God in Kevin Smith’s Dogma and the incomparable Wesley Willis’ video tribute. The package also delved into her history as a Canadian teen pop star and child actor.

After postponing UK dates in Leeds and Manchester in June to rest her voice, she emphatically threw cold water on the notion that she might take it easy on stage in Montreal: Morissette’s singing reached the rafters and outshone even some of her recorded versions. Where there may have been an adjustment was limiting the stage banter to a few “thank you”s — unlike opener Shirley Manson of Garbage, who took time to remind the intergenerational audience of the proud feminist and LGBTQ+ roots of both acts.

Following the opener, Morissette kept the Jagged Little Pill hits coming with “Hand in My Pocket,” which elicited the first of many sing-alongs on the night. “Right Through You” brought the record’s palpable anger to the forefront, while “You Learn” – closer to the LP version than the faster live video version – had the crowd chanting once again. Morissette also changed the lyric, “Wear it out (the way a three-year-old would do),” to the ages of her three children.

“Forgiven” and “Mary Jane” slowed things down slightly, with the latter especially giving the singer a chance to stretch herself vocally. There’s a lot of physical technique in Morissette’s singing — like when she swings her shoulder back or completely lurches forward — and when she was really stretching her notes, there were moments on Tuesday night where she sounded better than she did in the 1990s.