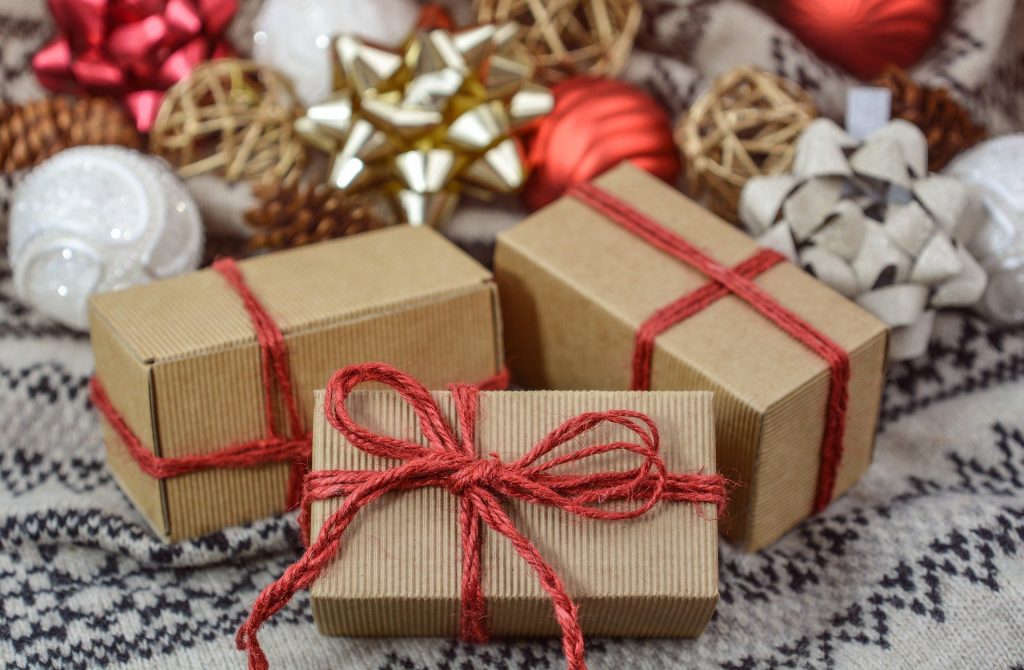 As we close out 2022, I wanted to share a handful of items that I personally got some enjoyment out of. We’re cutting it close on timing for this to be relevant, but a late gift is still a nice gesture. So, if you know someone who loves music or makes music, I hope you can find some great ideas from this list.

Disclaimer: Some of these items (individually disclosed below) were provided at no cost in exchange for editorial coverage. I don’t care if you buy any of these or not, which is why you won’t find any affiliate links in this article.

Vinyl is a fantastic way to enjoy music. Collecting records is fun, and the top royalty-generating way to listen to music. Holding something and appreciating the art it comes with provides a different, more intimate experience than digital streaming. 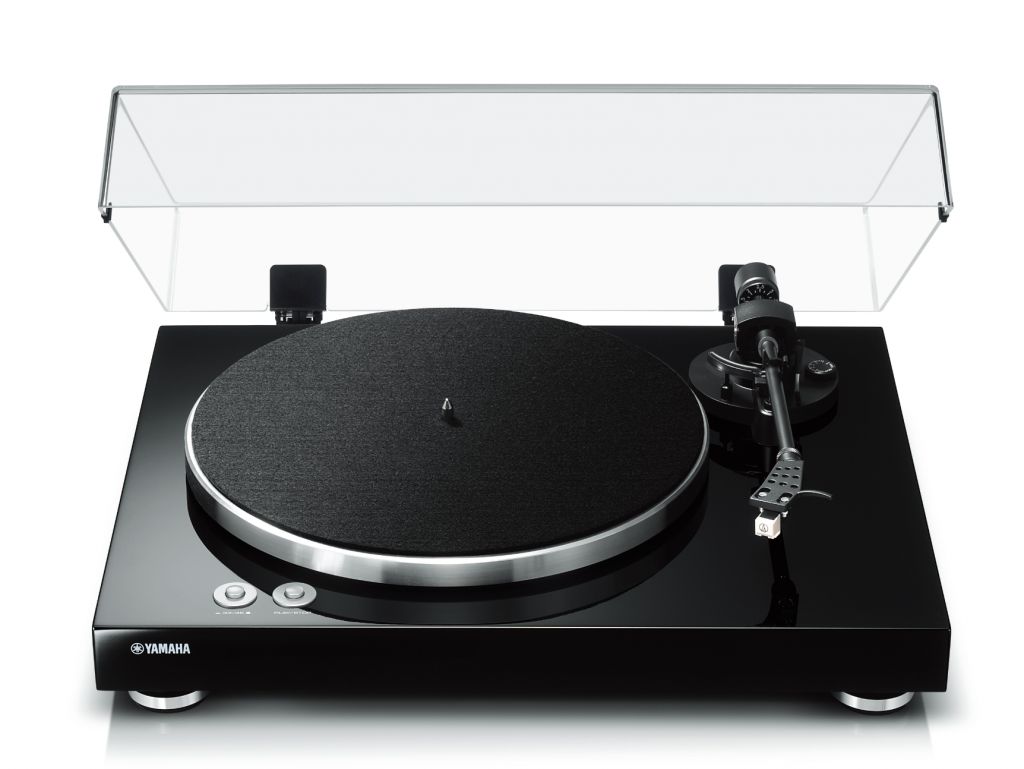 Sonically, depending on the source material, many (including me) will tell you that the fidelity is unmatched on vinyl. I think that at around $500 — give or take $50 — this is a good option.

It’s similar to Pro-Ject models within the same price range, but includes a more user-friendly tone arm with anti-skirt technology. This model also includes a built-in phono amp and speed adjustment from 33 to 45 RPM. That makes this a simpler standalone unit than the Pro-Ject I had previously been using, which required external phono and speed control. I like that.

There is a downside. Yamaha’s Turntable comes equipped with a Moving Magnet (MM) cartridge and a built-in phono. I personally use a moving coil cartridge. Without getting in the weeds of it, the moving coil is a better type of cartridge, but it requires a setting to be adjusted on the phono amp. If you have an external phono, that’s easy to do. But, as far as I can tell from hours of research, it’s not possible on the Yamaha TT-S303.

There may be moving coil cartridges that are compatible, but mine (Dennon DL-110) isn’t.

I would consider this to be a solid beginner turntable, or even an upgrade for someone who may have purchased a lower cost turntable and wants something more serious. However, if your giftee might eventually get more into the hobby, I would get a Pro-Ject instead for the upgradability.

David Libert is an industry gem who has been active in the music industry since the mid-1960s. Scoring big with the hit “See You In September” with his group, The Happenings, he found himself taking on more and more of the business responsibilities of the band after the initial success from the hit had calmed down. This inspired his decades-long career of working with some of music’s most notable artists. 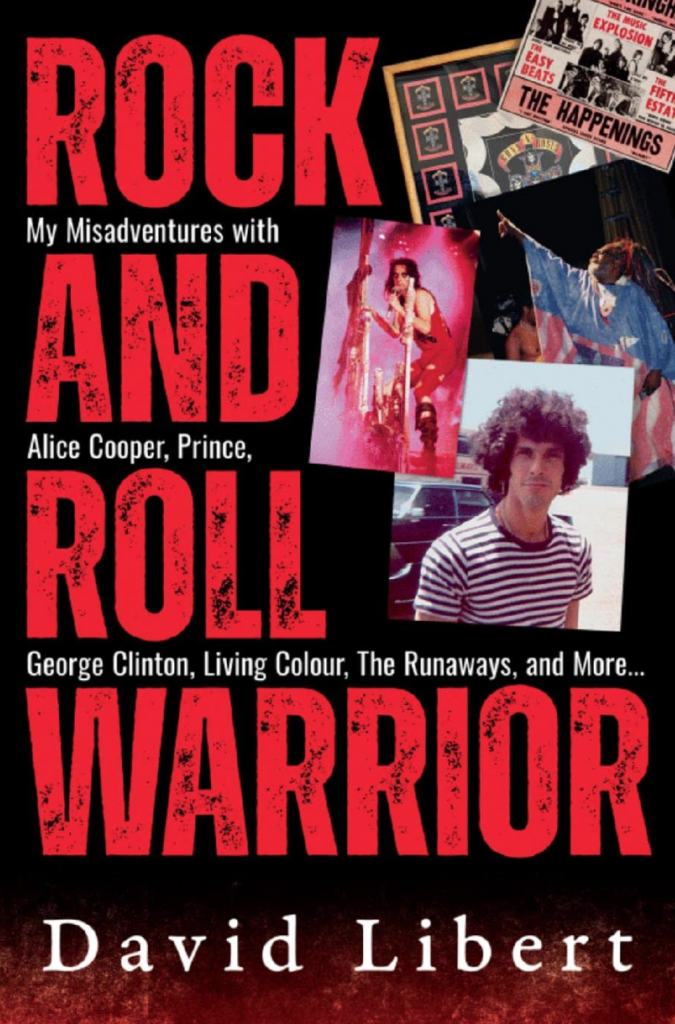 David’s goofy sense of humor is on display in every page of the book. It’s one of the most ‘fun’ autobiographical books I have read, and I consider it a ‘must’ for anyone who works with talent, tours, or simply wants to know more about the inner workings of the music industry.

I recently came across this little guitar gadget on Sweetwater, and I had to try it out. It’s a very simple gift, it makes for a great Hanukkah present (or stocking stuffer for the snowflakes who need everything in late December to be Christmas). 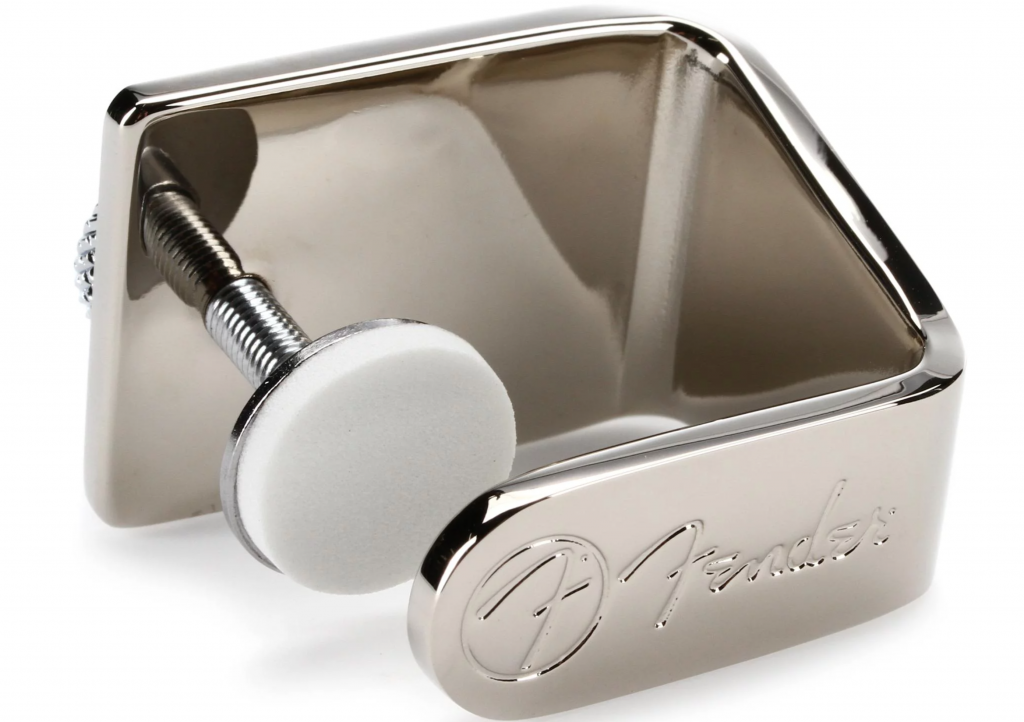 For only around $20, this makes a great gift for anyone who plays guitar or bass. The device claims to increase sustain. I noticed it to some extent, but the really nice thing about this is that sometimes, you just need an inexpensive gift for musicians. This is the perfect thing to get for someone who plays guitar or bass, particularly if you don’t know what to get for them. If nothing else, it’s unlikely that they already have one.

These are more or less toys for music makers, or people who want to start experimenting with making music and sounds. They (like the last entry) are relatively inexpensive (around $50) and provide ongoing fun. I have a couple that I keep in a desk drawer and bust out 1-2 times per month to play around with for 20ish minutes. There are sure to be people who get more enjoyment than that, but as someone who does not play keyboard, piano, or synth, I get a great deal of enjoyment out of these. 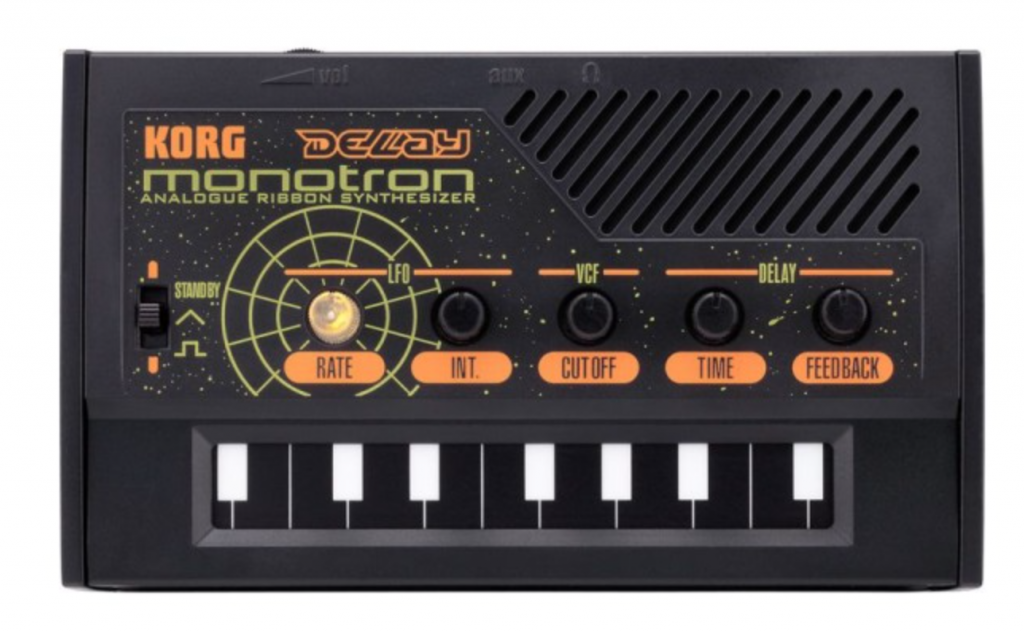 5) Inside by Bo Burnam

Bo Burnam’s Inside is a special on Netflix. It’s also a contender for my favorite piece of media (including music, movies, and games) of the new millennium.

Bo is able to take deep societal issues and communicate them in ways that nearly anyone can understand. He addresses how emotions are monetized and how this is psychologically impacting us as a species. I don’t want to spoil it too much, though I think that everyone should watch the special. However, the gift I am recommending is the vinyl record. Preferably ‘Inside – Deluxe’ which includes fantastic outtakes such as Bezos 3 and Bezos 4, and 1985. 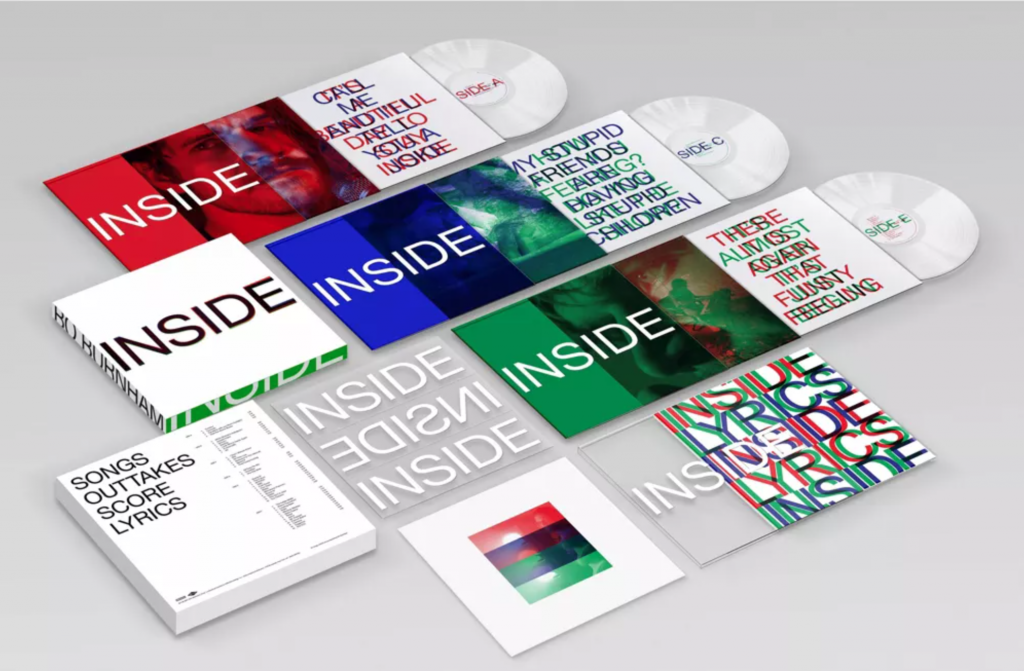 Here is a preview of what you are in for:

If your giftee is not into vinyl, just hop on to Netflix and watch Inside together. Time together, appreciating great things, that is a gift in itself.

If you know a stringed instrument player, they probably have one or more of these. But, now they make them with rechargeable batteries. It’s a great ‘small gift’ that any string player will appreciate. 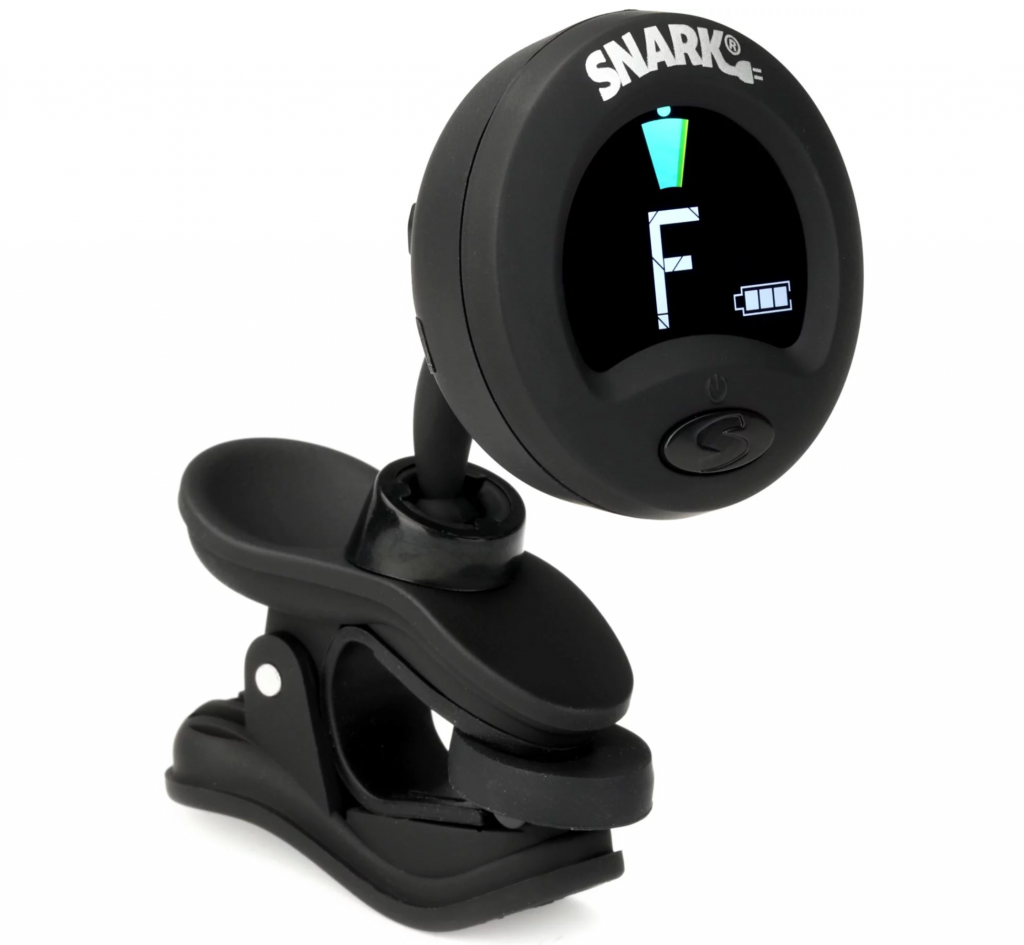 Home Theater in a Box is a product type that has become increasingly hard to find. So a quality offering from Yamaha is a welcome addition — especially in our modern age of 3D mixed audio and more immersive sound design. 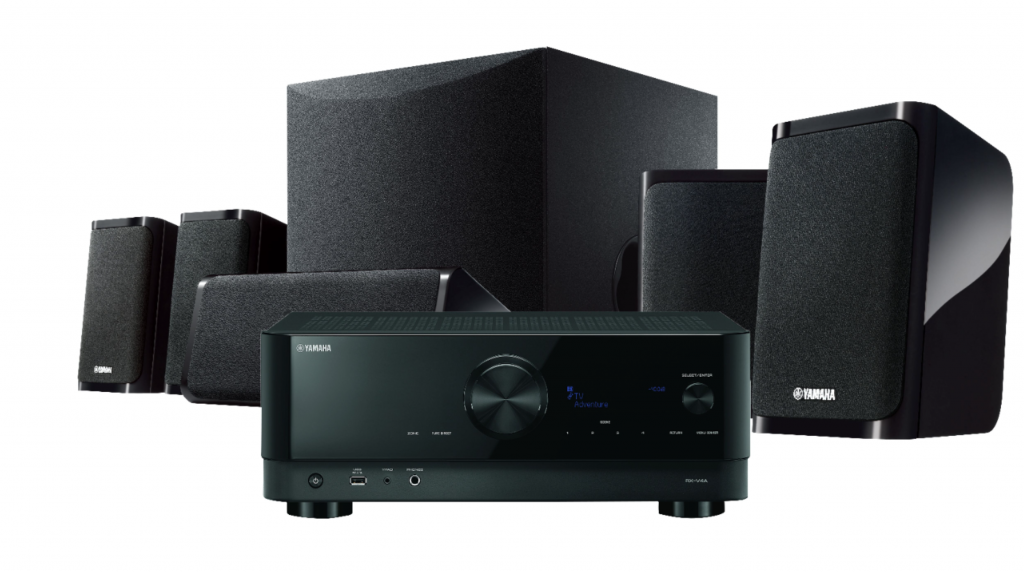 This system is powerful for the price, thanks largely to the very nice amplifier that comes with the set. However, it does lack Atmos. So people who are really going for the latest in 23 audio may want to go a different direction. But, for people who will be happy with 5.1 (which I think is most people in a home theater setup), this is a good pick at a good price.

Something I used to bely about HTIBs was the sub-par (often proprietary) amplifiers. These would be designed with proprietary ports and other inconveniences that prevented them from myriad use cases. For example, I may buy a HTIB and years later want to upgrade the speakers or just the amp. If the speaker ports are all proprietary, I cannot do that.

With this system, you get an amp/receiver that will connect to anything and everything you need. It also uses traditional speaker wire.

The sound quality is pretty good. It may not produce the same fidelity for stereo music that you would get from a nice 2-channel (or 2.1 system), but it does sound great for the price (around $700).

Something to note is that the amp when sold by itself is close to $600. So if you have any desire for 5.1 surround sound, I think that the HTIB provides a great value.

A great Minneapolis rock album, Soul Asylum’s Grave Dancers Union is a fantastic album. It includes “Runaway Train”, which won the Grammy for Best Rock Song in 1994. It’s a great album, and a ‘must’ for alternative rock fans. 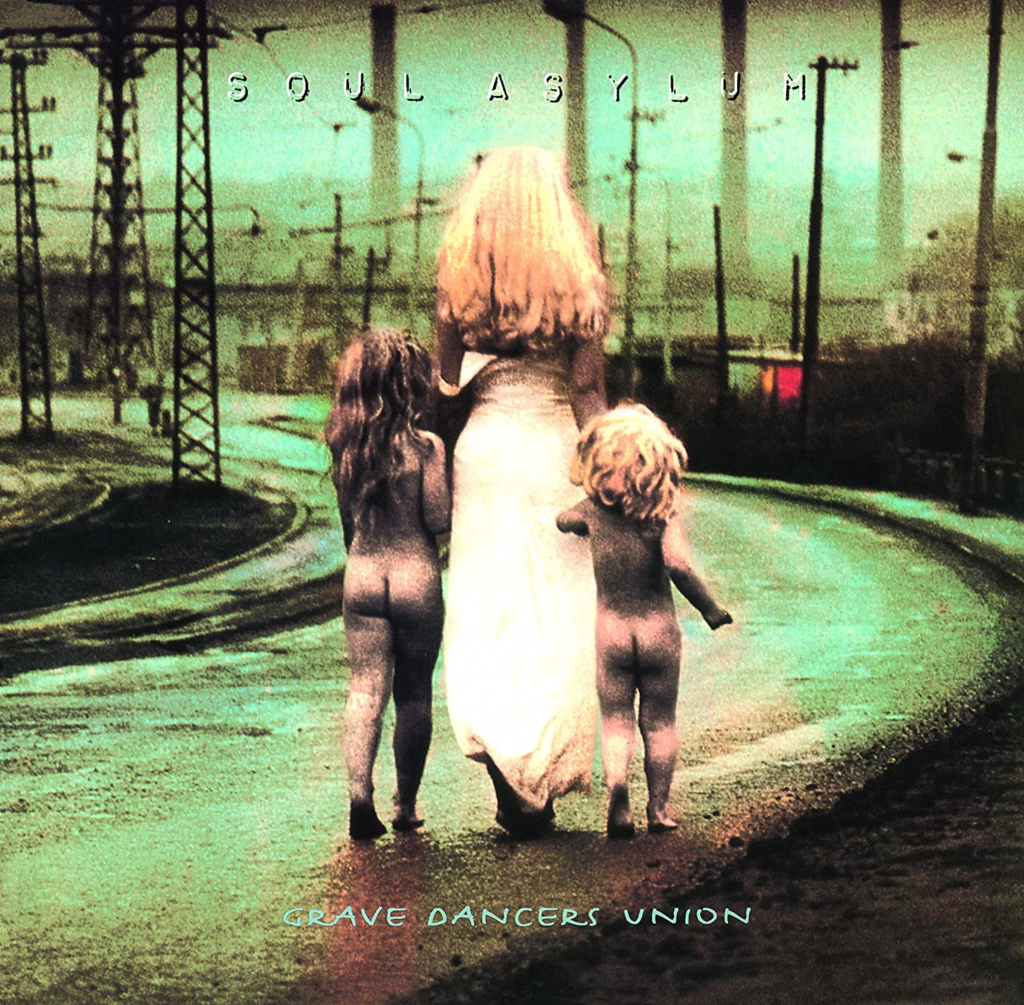 Furthermore, this is a fantastic remastering! As someone who has been listening to this for most of my life (“Runaway Train” was the first song I knew all the words to) these songs have never felt so alive and textured. The soundstage has a great deal more depth compared to other versions I’ve heard, and the separation between the instruments allows every element to have individual clarity and vibrance.

There are only 5,000 copies of this pressed to black-and-gold marbled vinyl (very clever). With how highly regarded this album is, it’s sure to be a valued collectors item for some. I myself bought two copies so I could listen to one and preserve the other.