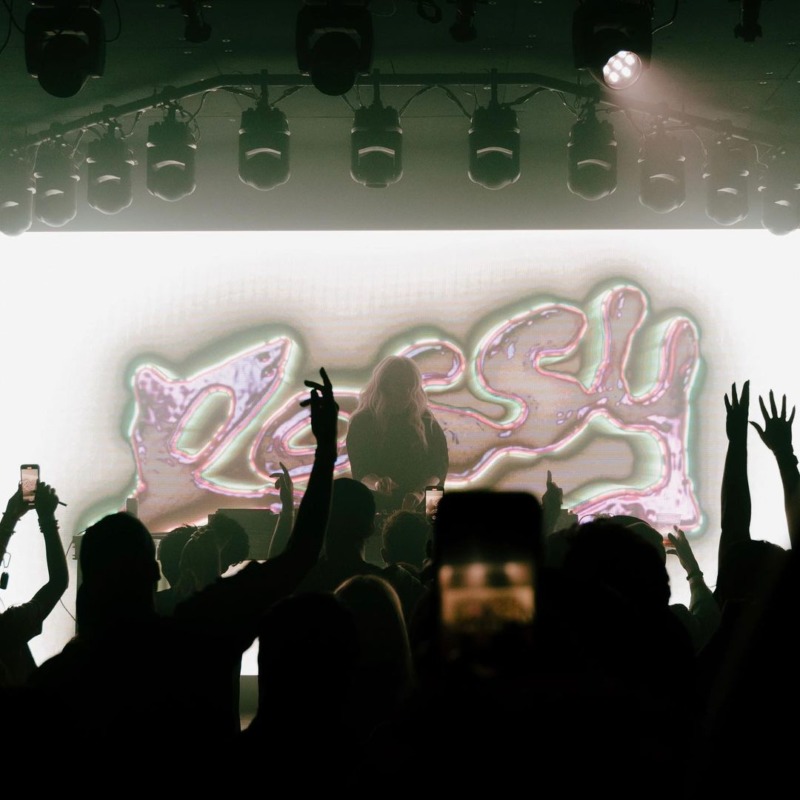 On the heels of her debut headline set at Los Angeles’ Moroccan Lounge, Rossy has returned to the release radar to deliver the second single in the walkup to her HARD Recs-backed debut EP, HEAVENS DOOR. And that original—formally titled “DEITY”—comes exactly a month removed from the Dancing Astronaut Artist to Watch in 2022‘s disclosure of both HEAVENS DOOR existence and its lead preview alongside Jazz Cartier, “KARMA.”

“DEITY” continues to push Rossy’s quintessential hybrid of trap and bass forward with an adrenaline- pumping record fused with cinematic progressions and hard-hitting apexes that are primed to ignite crowds wherever it pops up. It could’ve been said after “KARMA” alone, but at this point, listeners clearly know they’re in for a treat when HEAVENS DOOR lands in full sometime in 2023.

When Rossy sold out back-to-back nights with her first-ever headlining shows earlier this December, it was just another example of her reaffirming her placement into our class of artists to keep an eye on this year. The Brownies & Lemonade-backed showcase was the perfect embodiment of what listeners have come to know and love from Rossy. The ID-laden set not only included “KARMA” but also a slew of unreleased tracks from herself and other up-and-comers across the trap scene. Stream Rossy’s new HEAVENS DOOR cut “DEITY” below. These Are Some of The Best Hydration Packs