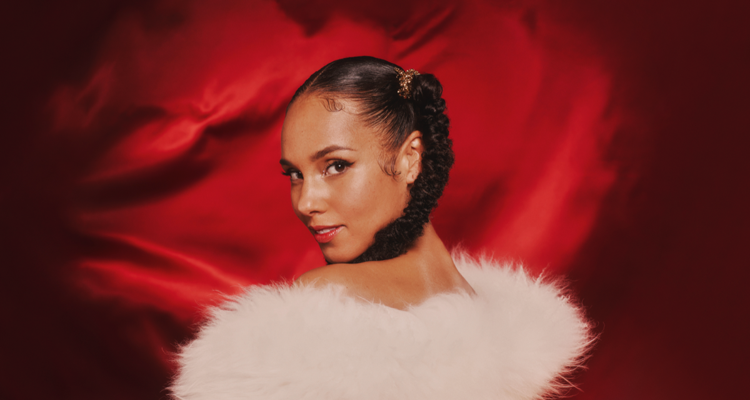 It’s the season finale for the Apple Music Live Presents series for 2022, an exclusive series of live concerts on the platform. Alicia Keys will perform hits from her new holiday album Santa Baby, in addition to several fan favorites from her catalog. She will also be joined on stage by singer-songwriter JVKE for a special rendition of his single, “golden hour.”

“This is the holiday part of the season,” says Alicia Keys. “I’m grateful to Apple Music and TikTok for helping me create a magic moment to showcase my first holiday album, in such a special way, for everyone around the world,” the singer adds.

“Alicia Keys is a global icon who never fails to deliver an unforgettable live show. We’re excited to welcome her to the Apple Music Live stage to kick off the holiday season and celebrate an incredible year in music,” adds Ebro Darden, Apple Music’s Global Editorial Head of Hip Hop & R&B. Darden sat with Alicia Keys for a new interview that will air on Apple Music 1 on December 20.

Alicia Keys is one of the highest-performing artists of all time globally on Apple Music. She’s reached the top of the Daily Top 100 in 42 countries, with a staggering 13 of her tracks topping the US chart, including hits like “My Boo,” “Girl on Fire,” and “No One.”

Her music has been featured across an array of popular Apple Music editorial playlists, including R&B Now, Easy Hits, and Slow Jam Essentials. She’s talked shop and broken down her craft in multiple conversations on Apple Music 1 with hosts Ebro Darden and Zane Lowe. Keys has also embraced TikTok and amassed more than seven million followers on the platform.